Looking Back on CLIA’S Past

CLIA, since its inception in 1946, has served as a major voice for the independent lodging industry when group action has been needed, especially important when lobbying industry views before government agencies. In addition, the Association is continually aware of the need to provide programs and services required by members to more effectively and profitably operate their businesses.

In order to accomplish these goals, a small group of motel owners first formed the Motor Hotel Association of California, later to become known as the California Motel Association, as a non-profit trade organization. First based in Los Angeles, the Association began as individual chapters throughout the state under the “parent” association. According to past records, the chapters grew in numbers and activities. At the October 1983 Annual Convention, the membership approved a change of name to the “California Lodging Industry Association” in order to more properly reflect current industry trends and image.

Some years ago, realizing the need to be “closer to the action,” CLIA moved to Sacramento. Now the Association could become more actively involved in representing its members to the State Legislature. Over the years CLIA legislative advocates have worked diligently to enact laws that protect the industry from unscrupulous operators and those who would knowingly defraud innkeepers. Sections 537 & 602(r) of the penal codes, CLIA-supported statutes, deal with this subject.

CLIA has become increasingly active in seeking more effective ways to promote travel and tourism to and within the state utilizing the legislative process. Most notable was the passage of SB1061, the Tourism Policy Act, which included a $5 million appropriation for generic tourism promotion. CLIA was a lead organization in securing the 1984 legislation and the attendant funding.

CLIA has been instrumental over the years in PREVENTING enactment of laws which would have:

CLIA has become and continues to be increasingly visible and aggressive as a coordinator of industry efforts and active in anticipating potential problems and initiating legislative action. A focal point will be to develop business strategies to keep the industry economically sound.

Since 1987, significant progress has been made in the area of group “money saving” programs; offering substantial “bottom line” benefits to CLIA members. In today’s uncertain economic environment, members expect, and in fact, demand, a viable, concrete return on their membership investment.

CLIA has successfully initiated a number of programs that clearly justify our members’ financial investment in membership. In fact, over 80% of CLIA members participate in one or more of our group programs. 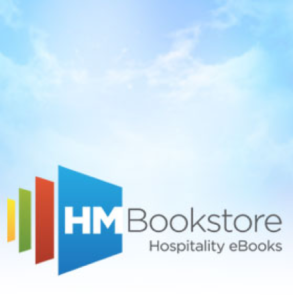 Online Library of Hospitality eBook Courses For Everyone: Entry-level to Owners